Global fish stocks are being depleted at levels never thought possible while all the ocean’s marine life forms are declining from human over fishing, pollution, habitat destruction and global warming. Several reports suggest that as little as only ten percent of all large fish, both open ocean species including tuna, swordfish, marlin and large ground fish such as cod, halibut, skates and flounder are left in the sea.


Our freshwater inland fish stocks are in no better shape in many regions according to other studies. Just as in the ocean based fisheries, some of our commercial freshwater lake fisheries also suffer from degradation due in part to accidental catch of other fish species that are not utilised, unused and die as nothing more than waste products.


In other words, people are taking far more fish out of the wild than can be replaced by the stock populations that are remaining. Fish are the last wild animals that we hunt and gather in large numbers. In all likelihood we may be the last generation to pursue large scale exploitation of wild fish stocks.

The Food and Agriculture Organisation (FAO) of the United Nations, which keeps global catch statistics, recently published data which grimly predicted that if fishing rates continue at the current pace, all the world's fisheries will have collapsed by the year 2048.

The ever expanding world population is and was the major contributing factor to over exploitation of wild seafood stocks, yet amidst this we are also witnessing a record demand for seafood. Last year, global fish consumption hit a record high of 17 kg (37 pounds) per person per year, even though global fish stocks have continued to decline. On average, people eat four times as much fish now as they did in 1950.
These shortages of supply coupled with the large increases in demand fostered the expansion of commercial fish farming as there remained little choice or alternatives. Mankind realised long ago that in order to feed ourselves we must farm plants and animals, seafood production should be no different. Over the last 50 years the world has seen an intensification of Aquaculture in order to fill the gap and appease the demand for seafood.

Aquaculture, the farming of aquatic organisms such as fish, crustaceans and plants, is the world’s fastest growing agriculture sector and produces more than 50% of the global seafood supply. The global aquaculture industry, currently valued at over $144 billion, has consistently grown in terms of volume, increasing at an average of 8% annually in the last 20 years. In 2014, aquaculture overtook wild-caught fish as the leading source of seafood, and by the year 2020, the industry’s value is expected to reach over $200 billion—a 38% increase from today’s figure.

A confluence of demand factors such as global population growth and increased fish consumption has exponentially increased pressure on wild fish stocks, driving the need for seafood produced using sustainable aquaculture techniques. Compounding these factors is the the realisation that not only do we need to farm more fish but we also need to do so in a more sustainable manner that more closely emulates nature's time-tested patterns and strategies.

The rapid growth in commercial Aquaculture took place mainly in near coastal ocean sittings using simple net pen technologies and methods thought to be the best at the time, we know now that those methods have considerable shortcomings and there are numerous instances were their use created adverse environmental impacts and brought to the forefront important questions about their sustainability and continual use.

Fortunately a more sustainable growing solution is emerging within the thriving aquaculture industry. This is a production method called Recirculating Aquaculture Systems (RAS). RAS, a land-based fully contained fish farming method, has the flexibility to be fully operational in any environment. It is self-contained and does not require direct ocean access, enabling abundant and fresh protein sources in a myriad of geographies where traditional aquaculture would be impossible. Businesses and policymakers are seeing value in RAS as a way to improve food access and gain a sustainable seafood supply.

At the IRAFS group we are progressing the RAS farming process several steps further by augmenting with practices and technologies that are inspired by the principals of "Biomimicry". The IRAFS Closed Loop Production System produces safe high quality consumable food products while minimising the resource inputs and maximising conservation. Based on science and technology, this farming method is emerging as the best green alternative to provide consumers with value, taste and convenience in consumption of eco-friendly seafood and plant products. This is a safe, versatile and secure continuous production system.

Email ThisBlogThis!Share to TwitterShare to FacebookShare to Pinterest
Labels: need for fish farming, over fishing, seafood supply, state of fisheries 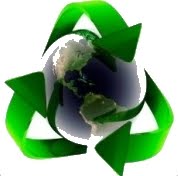